Kava ( methysticum) ( for "pepper", methysticum for "intoxicating") is an ancient crop of the western . Other names for kava include awa (), 'ava (), yaqona (), and sakau (). The word kava is used to refer both to the plant and the beverage produced from its roots. Kava is consumed throughout the cultures of (including ), , and some parts of and . Kava is sedating and is primarily consumed to relax without disrupting mental clarity. Its active ingredients are called . In some parts of the , kava extract is marketed as against , , and . A of its evidence concluded that it was likely to be more effective than at treating short-term . Safety concerns have been raised over liver toxicity largely due to the use of stems and leaves by supplement makers, as opposed to solely the root of the plant as dictated by traditional uses.

A & Z Group Co.,Ltd
Other Products in 'Starch Derivatives ' category 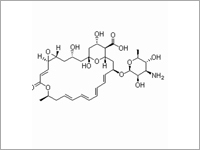